Closed system transfer device (CSTD) is a drug transfer device that can restrict the transmission of environmental contaminants into the system as well as the discharge of the hazardous drug or vapor concentrations outside of the system. They are available in various types including closed syringe safety devices, closed vial access devices, and closed bag/line access devices. Occupational exposure of health workers while compounding, transporting, or administering hazardous drugs is usually associated with multiple negative health consequences. Hence, closed system transfer device is primarily used in healthcare facilities such as hospitals and clinics for preventing the release of harmful drugs in order to protect healthcare workers from hazardous exposures. In addition to this, the benefits of closed system transfer devices such as ease of compounding, easier drug extraction, along with its ease of disinfection are a few of the key determinants driving its adoption in the healthcare facilities.

How much is the Closed System Transfer Device (CSTD) Market worth ?

Antineoplastic and cytotoxic drugs are primarily utilized in the treatment of cancer and considered to be hazardous drugs. Healthcare professionals that mainly work in the process of preparing, transporting, distributing, administering, and disposing of such drugs are at constant high risk of toxic exposures from these drugs. Thus, the demand for the use of CSTDs has been increasing rapidly in healthcare facilities such as hospitals, clinics, and oncology centres for preventing the release of harmful drugs in order to protect healthcare workers from hazardous exposures. Such factors are some of the key determinants driving the growth of the market.

For instance, ICU Medical Inc., a U.S. based medical company, offers ChemoLock, and ChemoClave under its oncology product portfolio. ChemoLock, and ChemoClave are closed system transfer devices that are primarily designed to keep healthcare professionals safe from the exposures to hazardous drugs during the treatment of cancer patients. ChemLock is a needle-free closed system transfer device that restricts the escape of hazardous drug or vapor concentrations while also restricting the transmission of environmental contaminants into the system. Meanwhile, ChemoClave is a needle-free closed system that comply with safe handling policies while restricting the exposure to hazardous drugs

The Type segment is divided into membrane to membrane and needleless.

The characteristic of membrane to membrane based CSTDs such as the availability of a leak-proof and airtight system that can restrict the transmission of environmental contaminants in the system is increasing its usage in healthcare facilities. Additionally, its ability to constrain the release of vapour concentrations outside of the system to minimize exposure to toxic drug vapor is further driving its adoption in healthcare facilities such as hospitals, clinics, and oncology centres. Moreover, the major benefits of cyanoacrylate-based adhesives such as high versatility, ease of use, faster curing, strong bonding, and water resistance capability are accelerating their demand in medical and electronic applications. Furthermore, the major factor driving the demand and usage of needleless CSTDs is their ability to eliminate needle stick injuries without the need for performing difficult assembly while also minimizing exposure to toxic drugs and vapours. 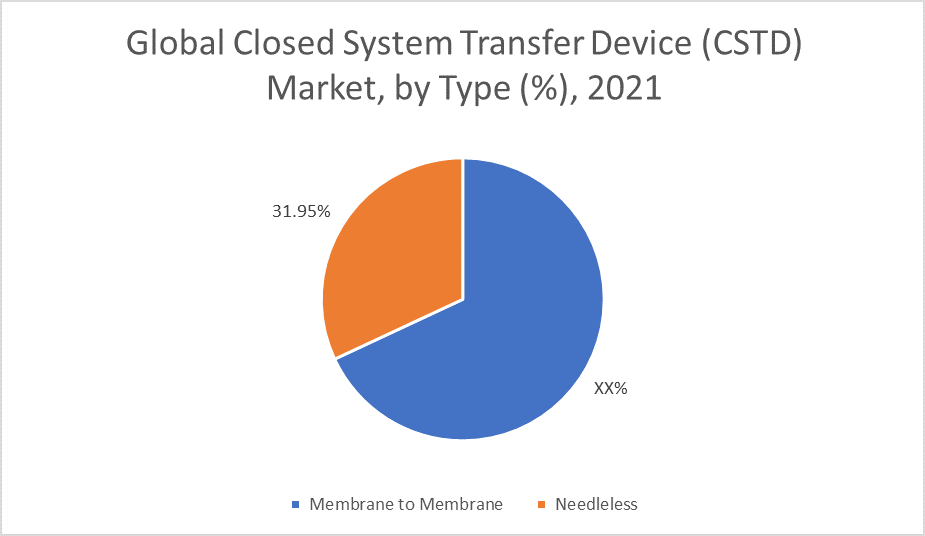 The End-User segment is divided into Hospitals and Clinics, Oncology Centers, and Others 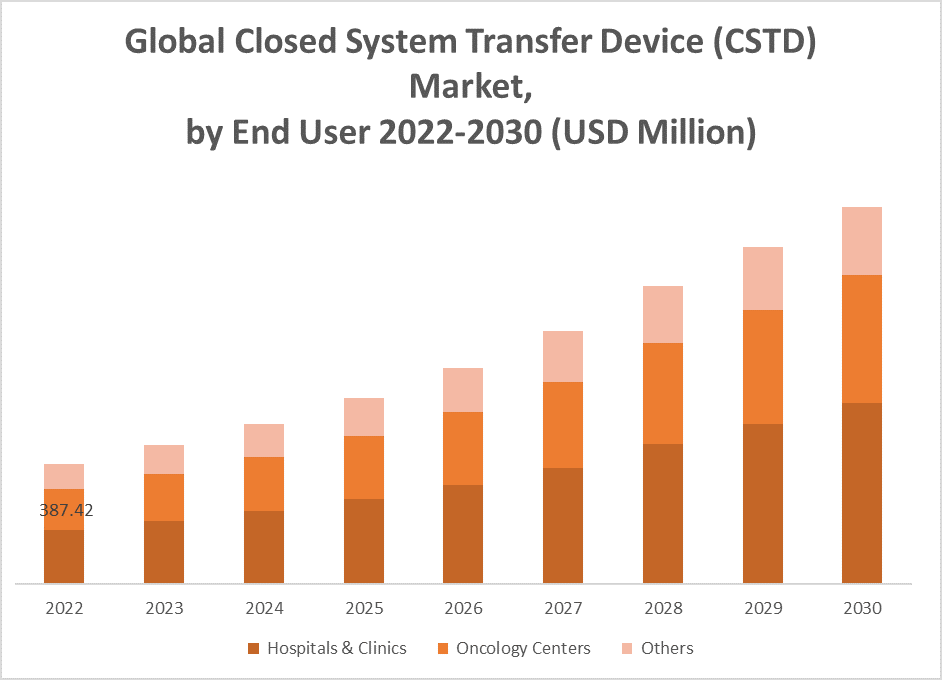 The regional segment includes North America, Europe, Asia Pacific, the Middle East, and Africa, Latin America. Closed system transfer devices market is showing tremendous growth in regions such as North America, Europe, Asia-Pacific, and other regions. The key factor for the growth of the closed-system transfer devices is their increasing usage in healthcare facilities such as hospitals, clinics, oncology centers, and others. The adoption of closed system transfer devices in the North American region is primarily driven by multiple factors including the easier accessibility to advanced technologies, the increasing prevalence of cancer, and the presence of various CSTD manufacturing companies in the region. In Europe, the rising safety concerns of healthcare workers along with strict government regulations associated with the protection of healthcare workers from potential risks due to their exposure to hazardous drugs are some of the major factors increasing the adoption of CSTDs in the region. Furthermore, the rising incidence of cancer cases in the Asia-Pacific, and other region along with the increasing adoption of CSTDs in healthcare facilities for chemotherapy, is fostering the market growth for closed system transfer devices.

The competitive landscape of the market has been analyzed in the report, along with the detailed profiles of the major players operating in the industry. Further, the surge in Research and Development (R&D), product innovation, various business strategies, and Application launches have accelerated the growth of the Closed System Transfer Device (CSTD)market. Key players in the market include-