The atherectomy devices market is projected to be worth USD 6.35 Billion by 2030, registering a CAGR of 4.7% CAGR during the forecast period (2022-2030), the market was valued at USD 4.20 Billion in 2021. Directional atherectomy devices dominated the market in 2021 due to their early introduction and market penetration. It also has benefits such as being available in a range of sizes and having the capacity to debulk plaque. The hospital and surgical center segment is expected to dominate the growth of the market due to increased knowledge of the identification and treatment of peripheral coronary disease. In the regional segment, North America dominated by atherectomy device market share in 2021. The main drivers of this dominance are a favorable reimbursement environment and a large number of FDA-approved devices.

A treatment called an atherectomy is used to remove atherosclerotic plaque from ailing arteries. According to the texture of the plaque, atherosclerotic plaques can be found in the coronary or peripheral artery vasculature and can have a variety of characteristics. Both coronary and peripheral artery disease has been successfully treated by atherectomy. Atherectomy devices come in four different varieties directed, orbital, rotational, and laser. The interventionist decides the technology to deploy depending on a variety of considerations.

Due to a lack of skilled workers with the knowledge to operate such devices, the minimally invasive devices category is unable to make use of this potential. This is anticipated to restrict the market’s growth along with other elements including strict regulations.

Medical supplies are becoming more and more in demand as a result of the afflicted populace. Among the most common medical devices used in first-line clinical care are respiratory system maintenance devices such as life support machines, atomizers, oxygen generators, and monitors. Additionally, COVID-19 has caused a significant increase in demand for medical goods such as gloves, masks, and protective eyewear. The need for medical supplies continues to grow among the general public and healthcare professionals due to the increase in COVID-19 cases around the world. The producers of these goods have the opportunity to take advantage of the rising demand for medical supplies to guarantee a sufficient and ongoing supply of personal protective equipment on the market.

The huge demand is also a result of numerous clinical trials that demonstrate the effectiveness of the gadget. Trials like EASE (Endovascular Atherectomy Safety and Effectiveness) and DEFINITIVE LE (determination of the effectiveness of the SilverHawk peripheral plaque excision system for infrainguinal vessels/lower extremities treatment) showed success rates of more than 90%, demonstrating the efficacy of the relevant devices. 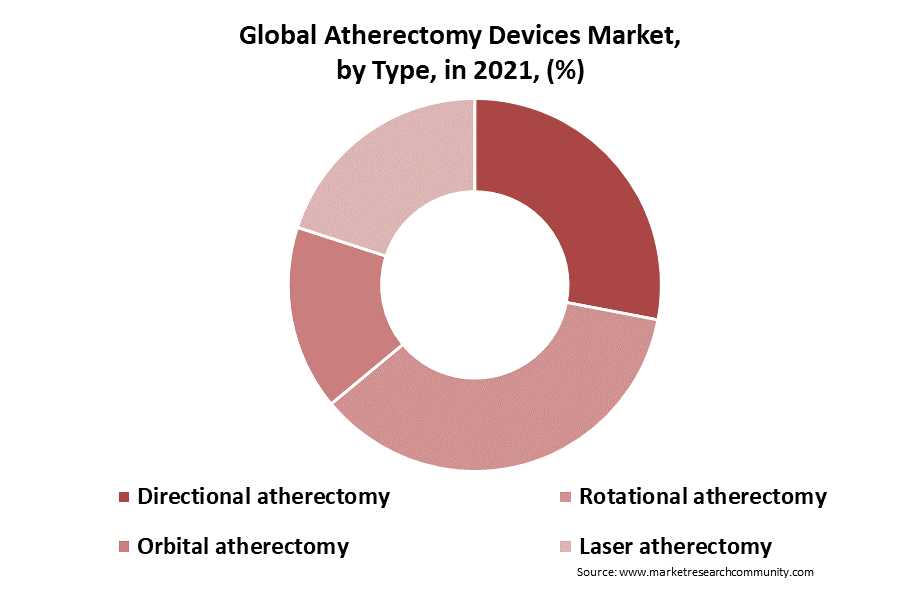 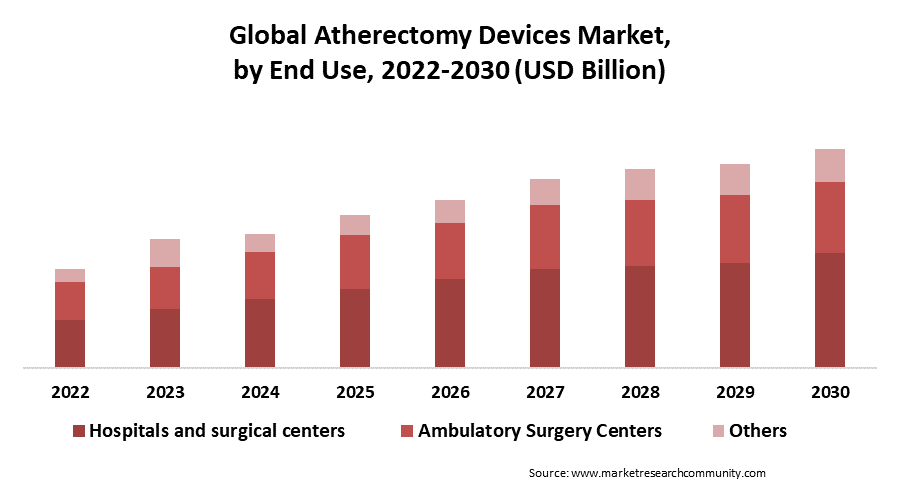 In the area, there is a clear preference for minimally invasive techniques. While the number of endovascular operations has multiplicatively increased since 2006, the rate of bypass surgery has declined by 43%. Additionally, this has been seen in the rate of amputations, which decreased by about 28% over the

The competitive landscape of the market has been analyzed in the report, along with the detailed profiles of the major players operating in the industry. Further, the surge in Research and Development (R&D), product innovation, various business strategies, and product launches have accelerated the growth of the atherectomy devices market. Key players in the market include-