The human growth hormone market is projected to be worth USD 12.29 Billion by 2030, registering a CAGR of 8.7% CAGR during the forecast period (2022-2030), the market was valued at USD 5.80 Billion in 2021. The GH deficiency segment led to the growth of the market. This can be ascribed to rising public knowledge of the early detection and treatment of human GH insufficiency. In 2021, the hospital pharmacy market held a substantial portion. This high percentage is ascribed to an increase in hospital visits as a result of growing public awareness of human GH insufficiency and its therapy. North America is predicted to make up the greatest portion of the market, due to excellent reimbursement conditions, and an established healthcare infrastructure.

Human growth hormone is a protein made by the body that is crucial throughout maturity as well as throughout childhood. The pituitary gland, called as “master gland” since it secretes numerous hormones that regulate the function of other glands, and produces growth hormones.

The human growth hormone market is anticipated to be strongly influenced by elements such as investments made by market participants, the presence of a solid pipeline, extensive R&D activities, a strong product portfolio, and rising government efforts.

Stringent government approvals, strict guidelines, and expensive treatments are expected to restrain the growth and development of the human growth hormone market in the coming years.

The factors such as a rise in disposable income, the surge in healthcare expenditure in developing economies, and mergers and acquisitions by market players are anticipated to create lucrative opportunities for the human growth hormone market.

The human growth hormone market has been severely impacted since the COVID-19 epidemic in many different parts of the world. Shipments were impacted during the initial lockdown due to a labor shortage and the closure of a manufacturing facility. The pandemic’s initial effects on China were tremendous. However, the nation’s circumstances have stabilized, and all product and service production rates have increased. As a result, it is determined that COVID-19’s overall impact on the human growth hormone market is moderate.

The market share of application segment in 2021 was dominated by the GH deficiency segment, and it is anticipated that it will continue to dominate during the projected period. This can be ascribed to rising public knowledge of the early detection and treatment of human GH insufficiency as well as the entry of new medications onto the HGH market. For instance, TransCon HGH, an experimental long-acting GH medication for humans with a juvenile GH deficient indication, was granted Orphan Designation by the European Commission (EC) in October 2018. 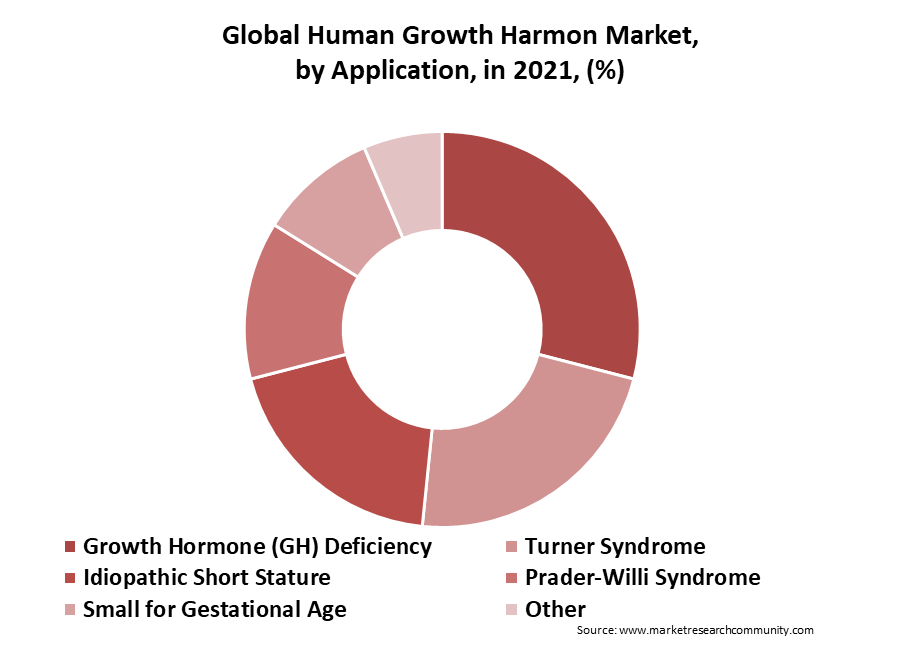 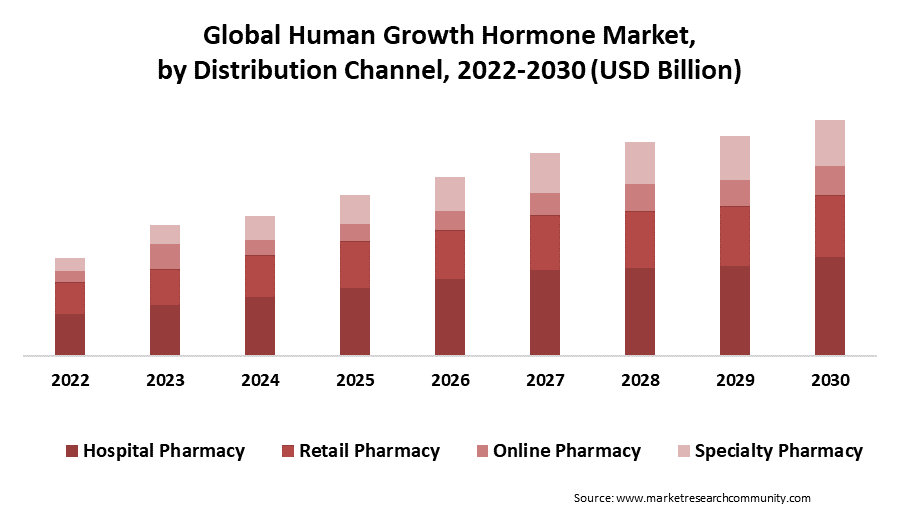 The regional segment of the human growth hormone market includes regions such as Asia Pacific, North America, Europe, the Middle East, Africa, and Latin America. North America is predicted to make up the greatest portion of the market, due to excellent reimbursement conditions, an established healthcare infrastructure, considerable government initiatives, and rising healthcare awareness. The presence of major firms in the area also facilitates greater access to innovative medications, which benefits the North American market. Several major companies with U.S. headquarters, including Pfizer, Inc., Eli Lilly and Company, and Genentech, Inc., provide a variety of human GH medicines in the area.

The competitive landscape of the market has been analyzed in the report, along with the detailed profiles of the major players operating in the industry. Further, the surge in Research and Development (R&D), product innovation, various business strategies, and Application launches have accelerated the growth of the Herbal Medicinal Products market. Key players in the market include-